It's been awfully quiet around here, but that's going to change in 2015!


After posting about my autumn sewing plans I enthusiastically went ahead. And then -BOOM!- 10 stitches into my next sewing project my machine broke down. I was working on an evening gown (top picture) that I planned to wear the next day. Sewing machine or no sewing machine - I was determined to wear it, so I finished the whole damn thing by hand. A post will follow soon!

The next day I brought my machine in for service, hoping it would be an easy fix. Not quite the case. My good old Pfaff was one of the first electronic models. Just trying to repair it would be labor some and costly €€€ and a long term fix was not guaranteed.

As it was my late grandmother's sewing machine I felt quite sentimental about it. I considered the repair, but also wanted to explore my options. Just out of curiosity I searched marktplaats (the Dutch version of Craigslist/Ebay) for second hand machines.
And there it was: a mechanical Bernina well within my budget! 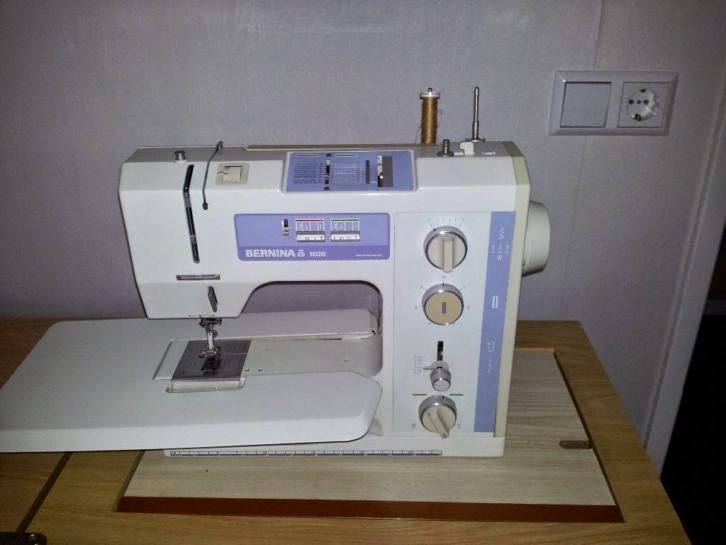 It was a lucky discovery: the machine was advertised as "sewing table for sale" and I think for that reason many people overlooked this listing. It's the exact same model that my mom has, so I spotted it directly in the tiny picture. Somehow it felt right to replace my grandmother's sewing machine by a model that I learned to sew on.

I was so nervous when I made the call to see if it was still available! But it was, and now I'm the happy owner!

On the phone the seller noticed my excitement and that sealed the deal. The sewing machine belonged to her mother and it was difficult for her to part with it. It was her mom's pride and joy, but she herself couldn't even attach a button if her life would depend on it. It made her very happy that the sewing machine would be loved and used in a new home. As an added bonus she gave me all her mother's sewing tools and notions that were in the drawer cabinet.

My boyfriend and I rented a van to pick it up and made a day out of it. I rewarded him with mussels by the beach for lunch, after he carried everything down a flight of very scary stairs. We followed with a visit to both of my grandfathers and grandmother. Happy days! 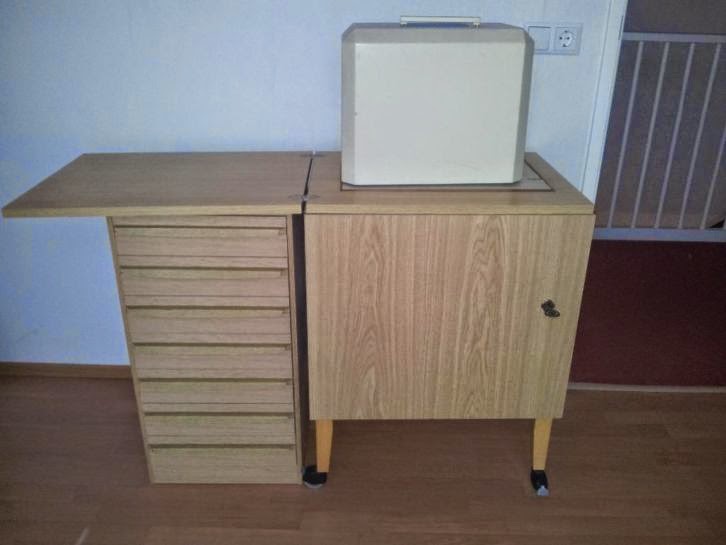 It also turned my dream of having a designated sewing space into reality. My boyfriend and I live in a small 1-bedroom apartment. Until now I was sewing at the dining table in our living room. It worked, but I always felt that my sewing was taking over my boyfriends living space, and therefor I was holding back. Once it's folded up, the sewing table is compact enough to fit next to the bed in our bedroom. It has an elevator to lower the machine into the table for when it's not in use, how cool is that! Now I can close the bedroom door and sew in peace. Win-win all around! 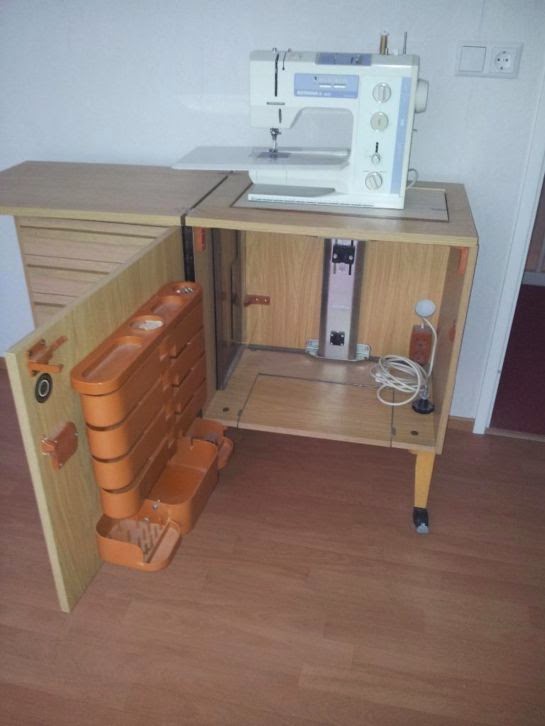 This Friday the talented Mrs. Foxgloves (aka my mom) will come over to teach me the ropes of my new machine. That's going to be one fun day! I can't wait to start sewing again!

I wish everyone a great new year and look forward to seeing your new creations!

A new sewing blog brought to you from the Amsterdam Canals.